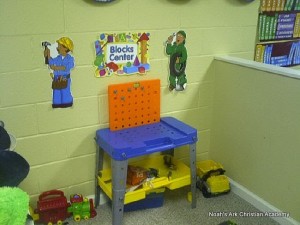 Margo grew up in a loving family in the rural area nearby Cincinnati, Ohio. She attended the University of Cincinnati and Ohio State, and then she moved to Orlando. In 1981, she married and moved to Toronto, Ontario and then graduated from McMaster Universtiy.

In 1988, she returned to Florida where she entered into restaurant management. After owning and operating a small chain of independent restaurants, she joined the Outback Steakhouse team in 1995. During the next 8 years she owned and operated the Outback Steakhouse across from Disney World in Orlando, Florida. Margo is the only six-time recipient of the Partner of the Year Award and has won many accolades for operations and training. In 2003, Margo was promoted to Corporate Director of Training and Development for the Outback Corporation.

2007, she retired to open and operate this daycare; her passion is and has always been ministering, mentoring and developing children and young adults.

Margo is the mother of three school-aged children.